Where did the plant come from? 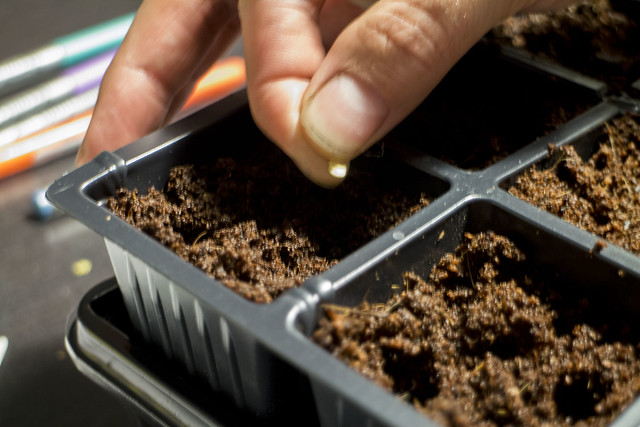 If you pushed some seeds from a tomato pulp into a pot of soil; kept it in the sun and watered it; soon enough, a tomato plant would start growing.

Where did the plant come from? How did the stem, branches, leaves, fruits happen? To build anything, you need raw material. Where does the plant get its raw material?

Guess #2: The raw material came from water.
Weigh the water prior to pouring into the pot. Also keep weighing the pot on a weekly basis. You will notice that the weight gain of the pot is higher than the amount of water being poured in. Second, water’s chemical composition is just hydrogen and oxygen. The growth of the plant requires carbon, which is not present in water. So, that cant be the answer either.

Once you have eliminated the impossible, whatever remains, however improbable, must be the truth.
– Sherlock Holmes

The Correct Answer : The raw material is air. More specifically, the carbon dioxide in air. The plant absorbs carbon dioxide, uses the energy from the sun to release oxygen back into the atmosphere and builds itself up into a larger plant. Let that sink in, it is really a fascinating phenomenon. A seed, sown in the soil, starts sucking carbon from the air and using sunlight, starts to build itself into any and every tasty fruit and vegetable that you have ever eaten. Your Alphonso mango, French grapes, the avocado from Chile. The forests of the Amazon, them California Redwoods…. they were all built from thin air.